When Paula Spurlock started to experience itching and pain all over her body, she never dreamed that she was allergic to the metal device implanted into her hip.

Spurlock, 50, experienced migraines, itching and pain for nearly two years before doctors noticed that her right hip lit up on a PET scan. It was the hip that had a metal joint implanted in 2008.

"My entire body itched," she told ABCNews.com. "A regular allergist did some testing that didn't show anything. Not one person along the way said, 'I wonder if you're allergic to your hip.'"


Once her PET scan hinted at a problem with the hip, Spurlock started seeing Dr. Karin Pacheco, an allergist at National Jewish Health in Denver. Pacheco said she administered skin patch tests, which took two days to process and involved looking for an immune system response to the metals and other materials in the artificial joints.

"What was really interesting about her was that she actually had both hips replaced, but they were made of different metal alloys," Pacheco said. "She was allergic to the one but not the other." 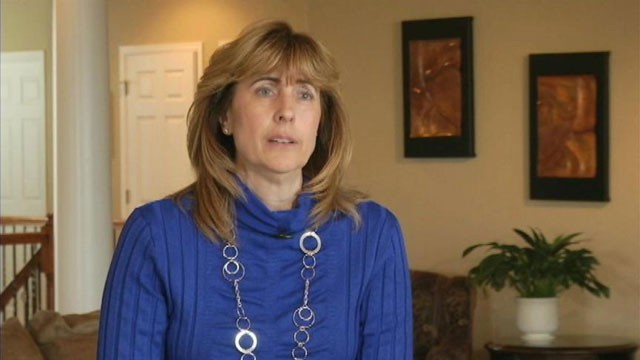 National Jewish Health
Paula Spurlock was allergic to her new hip, but didn't know it until after surgery.
Specifically, Spurlock learned for the first time that she had a cobalt allergy, though she'd never experienced metal allergy symptoms before. Her titanium hip didn't cause any problems.
Spurlock said she learned that the cobalt hip became defective about two years after doctors implanted it, causing it to produce tiny metal shavings as she moved. Those spread to Spurlock's bloodstream and caused the allergic reaction, she said. (The replacement hip has not been recalled.)


Doctors removed Spurlock's right hip and replaced it with a ceramic hip. Now, she says she is symptom-free. She said she hopes people can learn from her experience and get tested before surgery.
"There's nothing worse than wanting to just crawl out of your skin because the itching is so bad," she said.

A year ago, Pacheco began working on a faster metal allergy test -- but for nickel, a more common allergen that is also present in many implanted devices. A year later, she said patients can request to have their blood sent to the National Jewish Health's laboratory for testing. She and her colleagues are working on a cobalt test as well.

Pacheco said the long-term implications of being allergic to an implanted device are unknown, but Spurlock probably isn't the only one who's experienced unexplained allergy symptoms because of an artificial joint. In her ongoing study of people with joint implants, she found that many of those complaining of joint problems were allergic to something in the joint.

Patients with allergies to their artificial joints can experience itching, burning, swelling and unexplained warmth at the joint, Pacheco said.

More than 1 million people in the United States receive hip and knee replacements each year, according to the American Academy of Orthopaedic Surgeons.
Posted by Connie at 11:06 AM