This 10 minute video was released yesterday by the BBC (British Broadcasting) from the principal investigative reporter who wrote the article which I posted yesterday: http://www.mydepuyhiprecall.com/2012/03/how-safe-are-metal-on-metal-hip.html 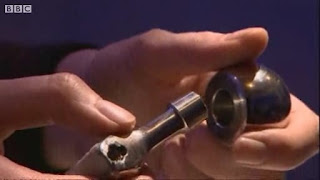 Click this link  below to get to the video.  The screen is not clickable:http://news.bbc.co.uk/2/hi/programmes/newsnight/9700909.stm  The video will only  be posted on the BBC site for a few weeks.  if the link is dead, the video was removed.

I found the following interesting on this video:
Connie
Posted by Connie at 3:18 AM